This draft list of resources will be added to. The majority of hangarau resources can be found Down the Back of the Chair, by going to Ngā Rauemi o Te Marautanga of Aotearoa, then Hangarau. There are three collections in here: Hangarau (general resources, including readers that link to hangarau in some way); Te Ao Hurihuri (although this set of 5 books is old now, there is a lot of vocabulary to support teaching and diagrams that can be easily used in classes); and Tūhono (a journal series that has a range of articles, poems, recipes and more linking to hangarau, pāngarau me te pūtaiao. This series is fabulous and I will definitely be adding the journals to this list). 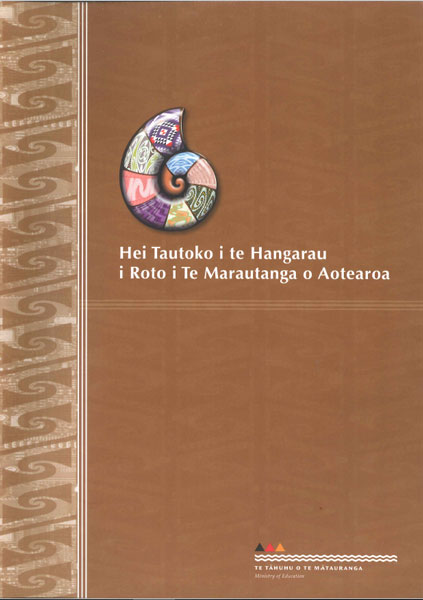 The first resource that must be talked about is Hei Tautoko i te Hangarau i roto i te Marautanga o Aotearoa. Published in 2008, this book functions as the perfect introduction for a kaiako to Hangarau. The book starts with the rationale for the curriculum and then explains the structure of the marau. The book then breaks down each section of the marau using a combination of whakataukī and teaching ideas that support practitioner engagement with the curriculum, identifying and drawing out the aspects of each part of the curriculum that make Hangarau uniquely Māori.
ie) Ko te whakataukī mō Hangarau Koiora: Nā Tāne i a Hine Ahu One, ka puta ko te ira tangata, ki te whai ao, ki te ao mārama.
Well worth the read and you can break it down, read 4-5 pages when you're thinking about and planning for Hangarau Koiora and then read another section when you are ready to plan.  Hangarau is quite an integrated curriculum, so the waiata / karakia / tauparapara on page 6 frames the thinking of the whole curriculum.

Order copies for your kura from thechair.co.nz using code:117325 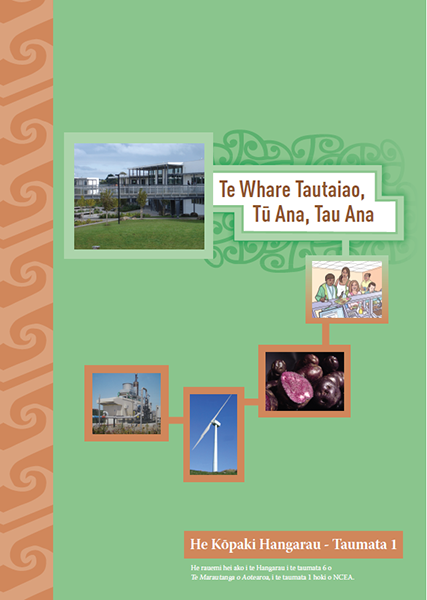 A series of five books, a teacher's book and an accompanying DVD aimed at level 6 of Te Marautanga o Aotearoa (year 11s) containing highly valuable content for teachers of all levels of Hangarau. Each book clarifies Hangarau processes to guide students' thinking during Hangarau practice. The books start by outlining the structure of the curriculum area on a single page, then discussing the place of formative assessment in Hangarau - what does this look like in the classroom?

I couldn't find these 'down the back of the chair', but the nama take for the whole set is 33319. 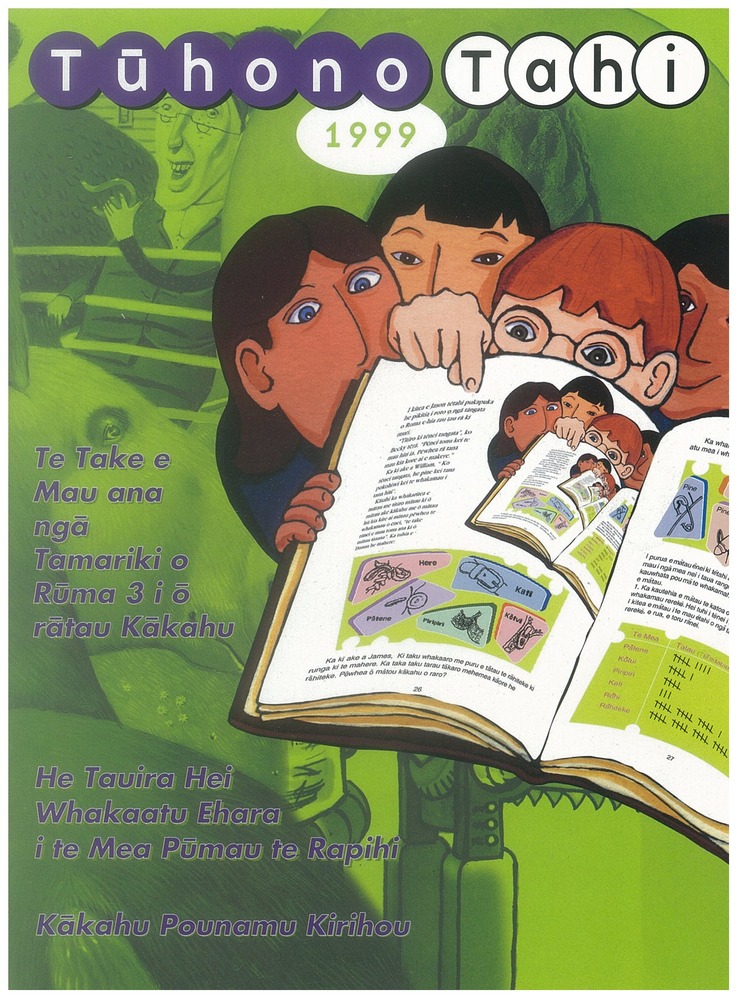 This journal series ran from 1998-2003, with a teacher's book accompanying each journal. Tūhono is a series designed to show mathematics, science, and technology in the context of students' everyday lives and to provide starting points for further investigations. Tūhono Tahi is for students working at levels 1 - 3 of Te Marautanga o Aotearoa. 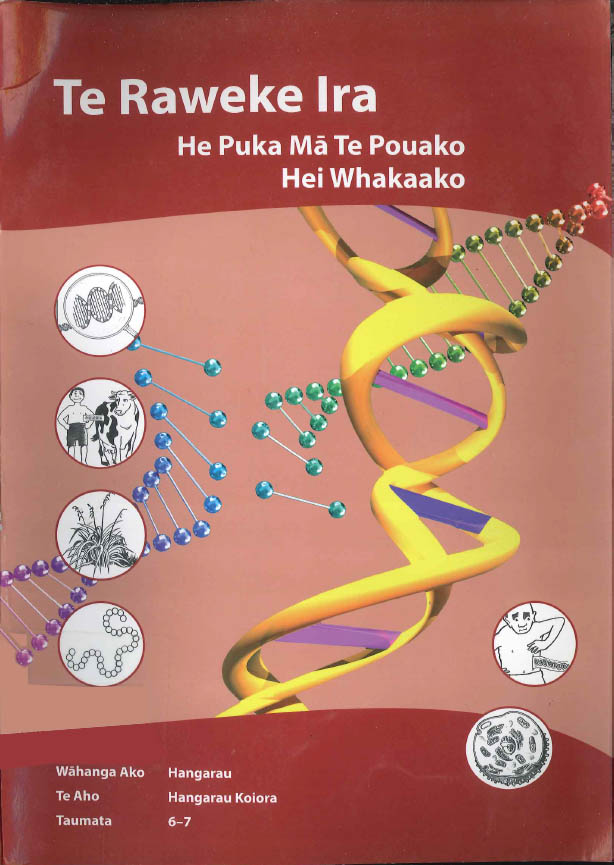 Although this book is aimed at teachers working at level 6 of Te Marautanga o Aotearoa, it is a fabulous introduction to the debates around te raweke ira tangata and how this relates to hangarau koiora.

Published by Huia in 2009, I couldn't find it Down the Back of the Chair, but check out public libraries and/or university libraries near you. 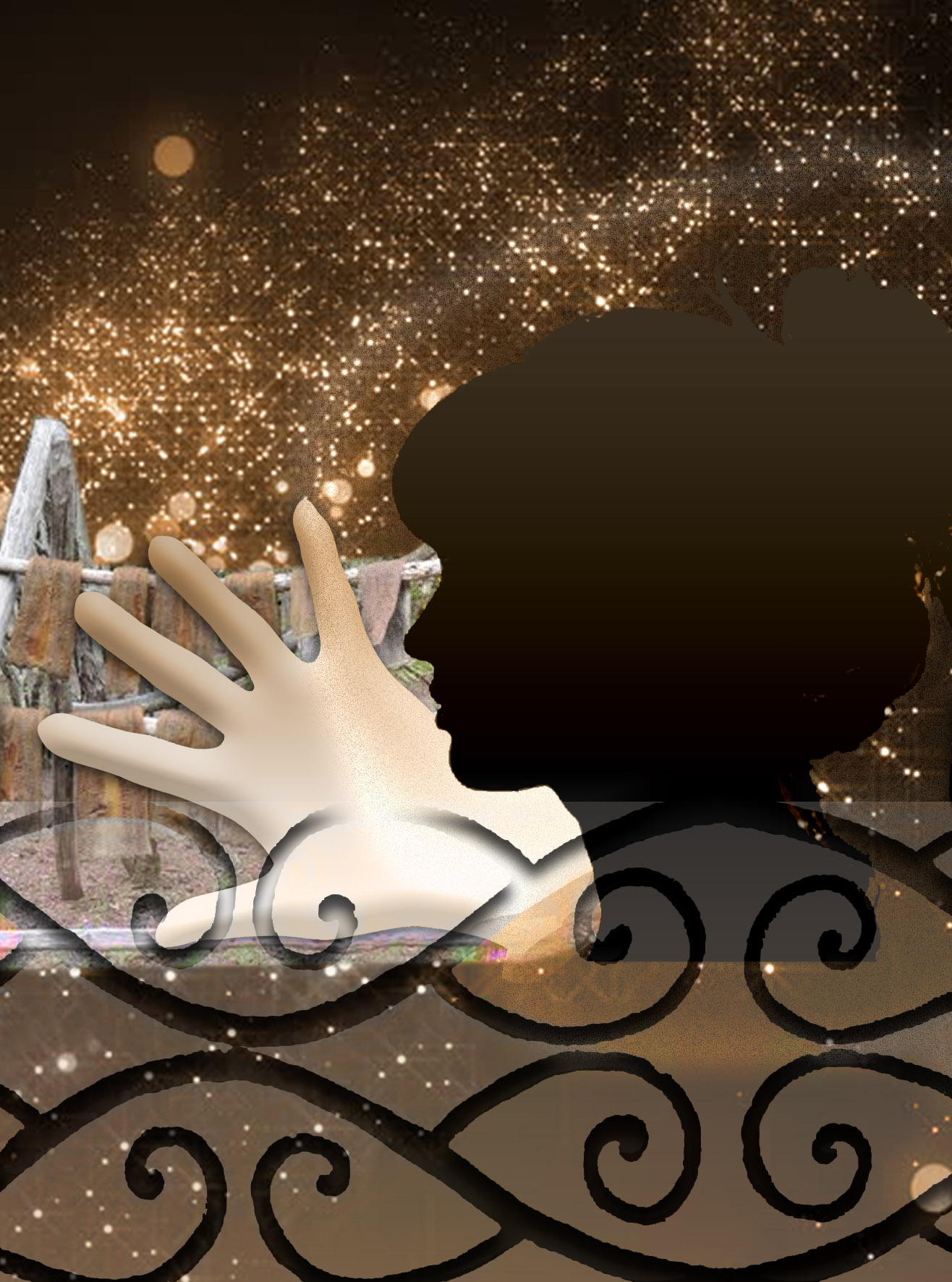 As Hangarau facilitators, working with kaiako and explaining the Hangarau curriculum to kaiako to support their developing understandings and classroom practice, Māhaki (tuakana interview) developed a model to explain the significance of Hangarau as a learning area, Hangarau as a taonga tuku iho. The narratives drew from Māhaki’s worldview, cosmologies and whakapapa to explain Māhaki’s interpretation of the curriculum’s components. In the interview, she spoke about the model and I developed a visual response (at left) that synthesised the three threads to the narrative, that begin in the stars. Key to these threads are their embedded and integrated nature. One thread cannot exist in isolation. Each thread must exist in relation to the other threads and all are inseparable in Hangarau practice, that is, embedded and holistic practice is foundational to the marau. “Kei ngā whetū… kei reira te wāhi o te auaha”. In Māori cosmological stories, te pō follows after te kore, representing the beginnings of whakapapa, explaining from a Māori perspective, “how we belong and where we belong to and how that affects us”. This idea of stardust holds the essence of mana and wairua, connecting everything in the living world. In this story, the stars are also Māhaki’s mum, a highly creative, skilled artist and beautiful weaver, who loved glitter, calling it stardust. The stars represent the head of Hangarau, which cannot function without the hands. To Māhaki, this idea carries memories of a grandfather whose amazing skills as a fisherman fed not only the whānau but the wider hapū and iwi. Her grandfather, Whāngai, was well-known for a range of reasons, but the most significant was that he would go eeling. He would catch a lot of eels and then dry his catches on a big structure, a kauta. Māhaki has photos of the eels hanging drying and her mother as a little girl in a sunhat, standing beside the kauta. This kauta would stay out the front of the house and whānau would come and take a few eels to eat. “When people talk about my grandfather, they talk about his expertise at feeding people in the family and eeling - what an intelligent, great man he was”. This absolute view of the inseparable nature of knowledge and capability became the “first differentiation made from a Māori world-view to the Technology world-view”. The kōwhaiwhai patterns that act as a lens for all Hangarau practice are pātiki, from Pare Hauraki. This diamond shape equates with ideas of hospitality and the people. “Everything you did was influenced - you never ever stood out or away from the influence of your people and what we [the people] needed in your thoughts and actions for what you produced or learnt about in Hangarau” (Māhaki).